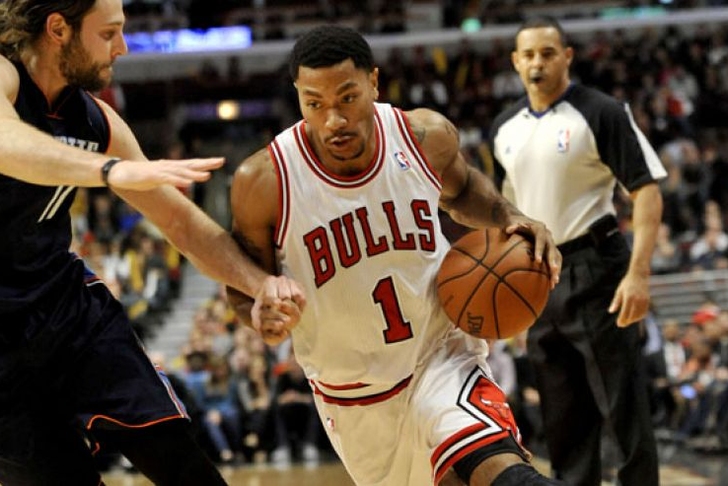 Derrick Rose did an interview with ESPN Chicago, and naturally, his injury history and current condition were the main topic of conversation.

“I felt like I’ve been managing myself pretty good. I know a lot of people get mad when they see me sit out or whatever, but I think a lot of people don’t understand that … when I sit out it’s not because of this year.”

"I'm thinking about long term. I'm thinking about after I'm done with basketball. Having graduations to go to, I don't want to be in my meetings all sore or be at my son's graduation all sore just because of something I did in the past. [I'm] just learning and being smart."

The reaction was, as you might expect, not very positive:

Rose got cleared by doctors by playoff time and ppl wondered why he didn't play, but his teammates played hurt and he watched.

Derrick Rose got his money and starting taking games off because of life after basketball.. That's crazy..

Remember when the #ChicagoBulls had Dynasty type hopes? If Jordan was dead he'd be rolling over in his grave. #DerrickRose

D.Rose gone be a Penny Hardaway 2.0 sad to say I hope not

That sound you might be hearing is every player in the NFL and NHL laughing at Derrick Rose's comments.

Even if Rose does manage to get back to his pre-injury self, he might want to start taking PR a little more seriously. When even the fans who stood behind him for two injury-plagued years are livid, that's not a good look for the 2011 MVP.