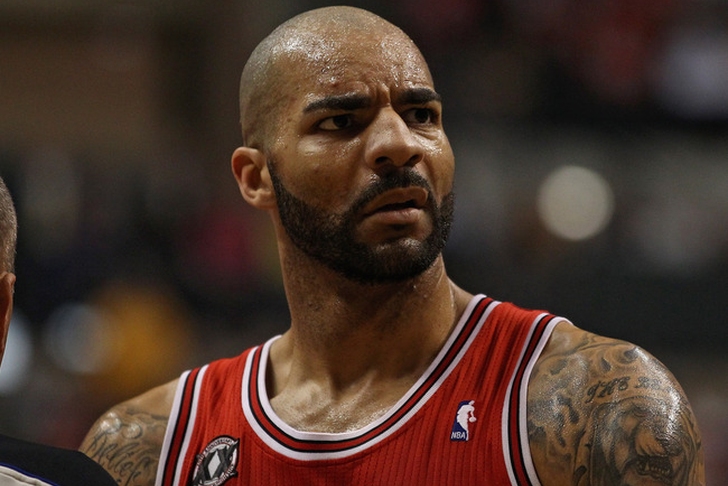 The Chicago Bulls will be above the luxury tax next year, and owner Jerry Reinsdorf will have to pay up. Four players will make over $10 million alone, with Derrick Rose leading the way at $17.6 million and Carlos Boozer not far behind at $15.3 million. Next comes Luol Deng at $14.3 million and then Joakim Noah and his $11.1 million salary. Rose and Noah are signed for at least the next three years, but Deng is in a contract year and Boozer has just two years left.

Obviously nothing is happening to Rose or Noah, and it doesn't seem worth it to mess with Deng's contract in its final year. But Boozer is another story.

As it stands now, the Bulls have some $80 million on their hands in salary next year, roughly $10 million above the luxury tax. And that's before even adding their two draft picks and maybe a league-minimum free agent or two.

Reinsdorf is notoriously cheep, and there is a very easy way for him to get out of paying the luxury tax: amnesty Carlos Boozer. He is not necessarily well liked, and he is not even close to worth the $15.3 million he is owed for next season. Chicago could easily amnesty Boozer, putting their salary safely under the luxury tax, and then sign someone at the Mid-Level Exception to replace him.

The problem is, can Boozer really be replaced that easily? He might not be worth $15 million, but he is an integral part of what is a very solid and well-rounded team as constructed, and the Bulls would be significantly weakened without him. For a team that thrives on its front court tenacity, it's probably worth it to simply pay him what he's due for one last year, and then renegotiate.