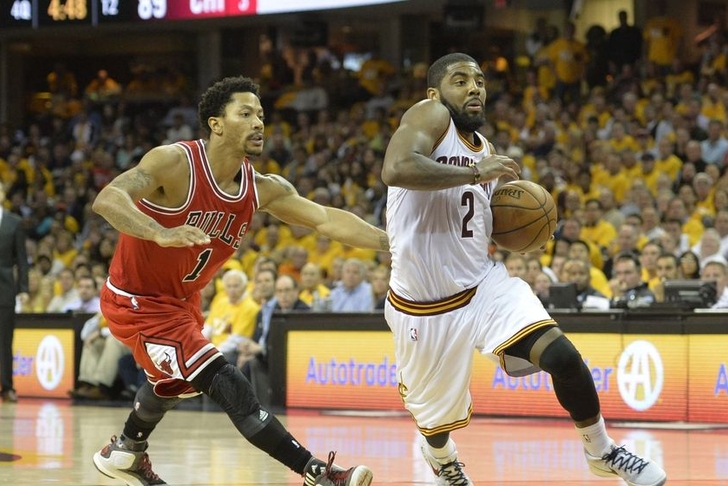 The Chicago Bulls and Cleveland Cavs engaged in a classic playoff battle in Friday's Game 3, capped off by a Derrick Rose buzzer beater from the parking lot that will be a part of NBA highlight reels for decades to come.

Chicago leads this Eastern Conference Semifinals series two games to one, but there's still plenty of fight left in LeBron James and the Cavs. Here's our sneak preview of Sunday's Game 4 at the United Center.

(All stats based on playoff performance only)

How will the Bulls replace Pau Gasol's production?

It looks to be an even playing field in the frontcourt for Game 4, as Pau Gasol joins Cleveland's Kevin Love in street clothes after suffering a strained left hamstring in Friday's win. Joakim Noah has been a disappearing act on the offensive end this series, and while Taj Gibson has been productive in a limited capacity, the onus is on Noah to find his scoring touch from five feet on in.

If not, we're one vintage LeBron James performance away from a tie series heading back to Cleveland.

A desperate Cavs team just got a break with Gasol's absence and it's almost academic that a Cavs team led by the LeBron/Kyrie Irving super duo will take advantage. We fully expect this series to become a best-of-three after Sunday.