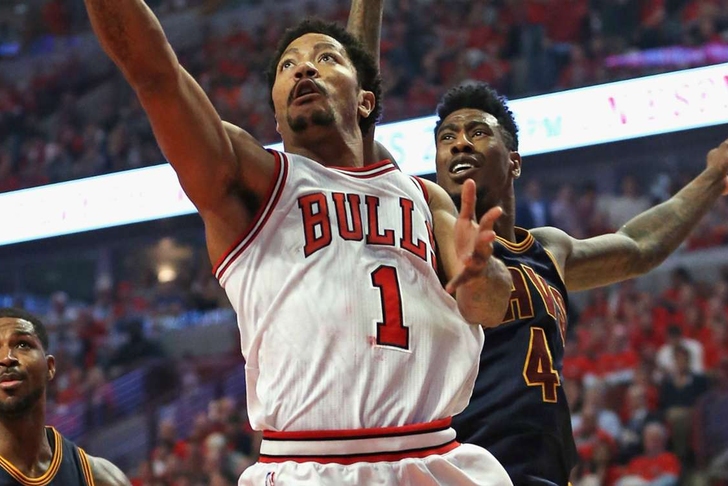 After each team picked up a wire-to-wire win during the first two games in Cleveland, Game 3 between the Chicago Bulls and Cleveland Cavs brought us a back-and-forth classic worthy of the marquee talent involved.

Derrick Rose's insane buzzer beater will forever be remembered as the main highlight of Chicago's 99-96 win, but there's plenty of other things to glean from a fun night in the Windy City. Here's 3 Takeaways From Chicago's Game 3 Victory.

For all the attention paid to Derrick Rose, Pau Gasol, and Jimmy Butler (and rightfully so), Chicago swingman Mike Dunleavy could mean the difference between a Bulls' Eastern Conference Finals appearance and a trip home in a week or so. Dunleavy has the spread the floor in effective fashion all postseason long, and his 16-point, six-rebound stat line in Game 3 doesn't quite tell the story of just how much he opened opportunities for guys like Rose and Butler to do their work.

2. The Cavs' Pick-And-Roll Defense Is Broken

It helped a bit that Pau Gasol was sidelined with an injury to close out Game 3, but the Cavs have lost the page when it comes to semi-effectively stopping the pick and roll. Whether it's Rose and Gasol or some other combination, Cavs defenders have had fits reading Chicago's bigs off the pick. That has opened up easy buckets for the Bulls all series long, and whether it's bad execution or a fault in David Blatt's gameplan, it needs to be fixed and quickly.

3. Derrick Rose Is Getting That Swagger Back

Rose wasn't exactly efficient from the field in Game 3, hucking up 26 shots from the field and making ten. However, even taking his INSANE nightcap at the buzzer out of the equation, Rose is starting to trust his body again and his game was the beneficiary in Game 3. Rather than tentatively trying to create contact on his drives and having refs ignore him, D-Rose went back to his herky jerky bag of tricks and drew 10 free throws out of the deal (making nine.)

All of that added up to an inspired 30-point performance and another glimpse at what a full-speed Derrick Rose is capable of.