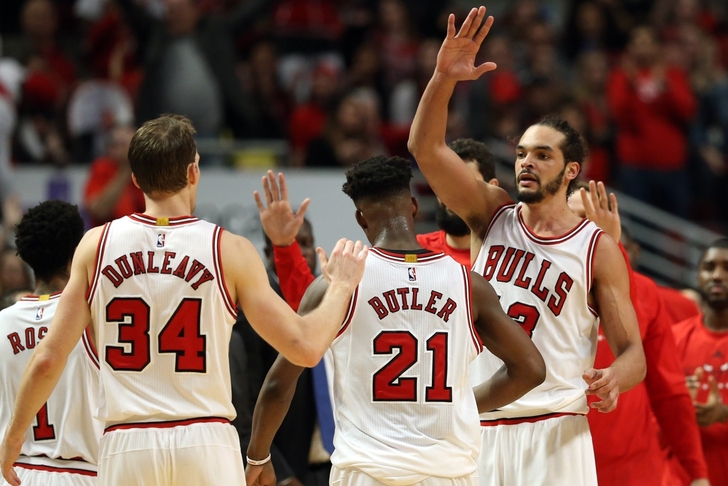 The Chicago Bulls are on the brink of advancing to the second round for the third time in five years, but the young Milwaukee Bucks aren't gonna go down without a fight in front of their home crowd at the Bradley Center.

Tonight;s Game 4 of this Eastern Conference quarterfinal series tips off just after 4:30pm local time. Here's a sneak preview of what to expect.

The only way the Milwaukee Bucks are going to extend their season by one more game is by alternating feeding Khris Middleton and Giannis Antetokounmpo from the mid-range on in. Both have opened some eyes in this series, but the next step in their evolution as NBA impact players is to steal a game from the more-talented Bulls.

The Bulls' inside-out passing is humming along

Joakim Noah has been a non-factor from a scoring perspective for Chicago, but his work on the board and as an inside-out passer from the paint has been one of the major differences in this series. His 14 boards and 4.7 assists per game combined with Derrick Rose's slash and kick brilliance and Jimmy Butler's superstar turn may once again be too much for the young Bucks to handle on Saturday night.

The Milwaukee Bucks will come out guns a'blazin' on Saturday night with hopes of avoiding a sweep fueling them for 48 minutes. They've shown that they can punch with the Bulls early in the game. Tonight could easily be the night where they counterpunch and steal a victory.