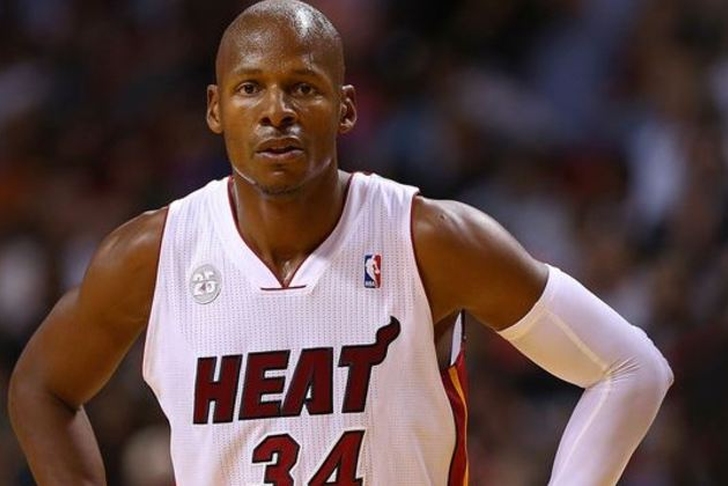 We're now over a week into the 2014 NBA season, and Ray Allen still doesn't have a team...but if we can believe the rumors coming out of Chicago, that could be changing in the very near future.

Allen was spotted in Chicago Wednesday by a number of alert Twitter users, and that's no surprise - we heard rumors Monday that Allen was leaning strongly towards making an NBA return, and would be taking a "very serious" look at Chicago.

Allen has taken his time deciding whether or not to make an NBA comeback, and his lack of urgency in finding a team made it clear that if he comes back, it's happening on his terms. The Bulls present an alluring option for the 18-year NBA veteran, and the lack of a true backup for Jimmy Butler means that the Bulls could badly use Allen. There are several other teams interested - Dallas, Cleveland, San Antonio and Oklahoma City have all been in contact with his agent - but the Bulls are currently in pole position.

Allen is a two-time NBA champion and a ten-time All Star. The NBA's all-time leader in made three-pointers, Allen played for the Miami Heat from 2012-2014 after spending five seasons with the Boston Celtics. Allen was strongly rumored to be joining former Heat teammate LeBron James in Cleveland, but that talk died down when training camp came and went without a deal.