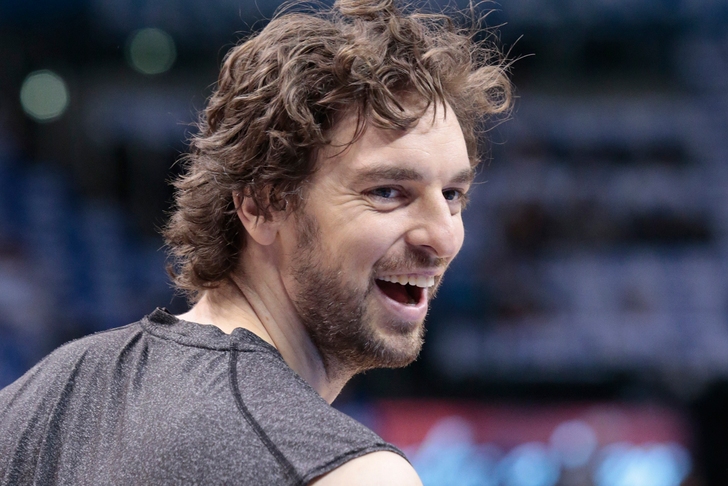 In this Bulls rumors and news update, the Chicago Bulls are reportedly one of two favorites to sign Los Angeles Lakers free-agent big man Pau Gasol, per Adrian Wojnarowski of Yahoo! Sports.

According to Wojnarowski, the Bulls join the Oklahoma City Thunder as prime contenders for the four-time NBA All-Star - with the home-standing Lakers and NBA champion San Antonio Spurs trailing close behind:

The Chicago Bulls also remain in the hunt for New York Knicks superstar Carmelo Anthony, and also should be a solid player for the Miami Heat's LeBron James if he happens to fully test the free marketplace.

This leaves the Bulls' interest in Gasol in a bit of a holding pattern - assessing what it may take to land either Melo or LeBron and whether a potential signing would leave enough money to entice Gasol.

With the Bulls seemingly waiting just like everyone else to see what the much-publicized duo's next set of moves will be, the Oklahoma City Thunder are attempting to swoop in and steal Pau away in the interim:

At this point, anything is possible in one of the most volatile NBA free agency periods in history...meaning that the Bulls could very well end up as prohibitive favorites to land Gasol or could withdraw their interest providing that other plans start to fall into place.