Bulls Rumors: Carmelo Anthony to the Bulls in free agency? 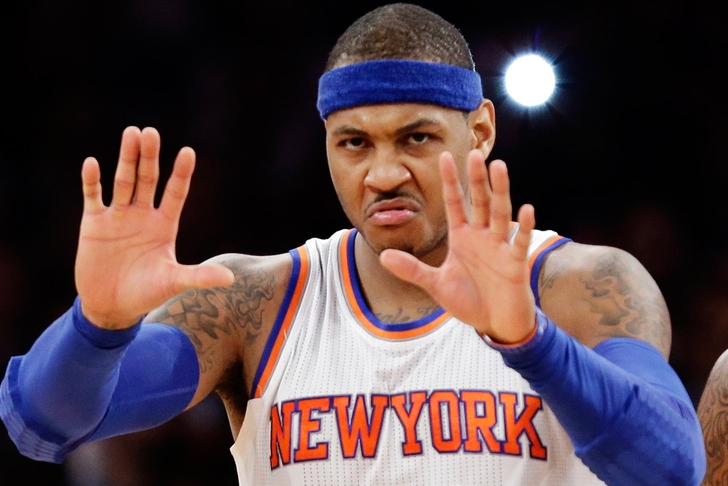 In Bulls rumors today, the Chicago Bulls may be emerging as a potential player in the Carmelo Anthony sweepstakes this summer, sources close to the situation are indicating.

“What is it like to play for Thibs?” Anthony asked.

It is possible that Carmelo Anthony was referring to Chicago Bulls head coach Tom Thibodeau's appointment to the USA Basketball coaching staff last June, a team which Carmelo Anthony is a major part of.

However, according to Isola, "the Bulls are emerging as one of several teams, along with the Lakers and Rockets, who are expected to pursue Anthony if and when he opts out of his contract on July 1."

The New York Knicks can offer Anthony a fifth year, which amounts to almost $30 million more in salary for Anthony, but Anthony could see the Bulls as a way to join a contender mid-stream, rather than having to wait for the Knicks to rebuild from the ground up.

Your Bulls rumors, whenever and wherever you want them. Download our new Chat Sports iPhone app, and follow our Bulls team page today.