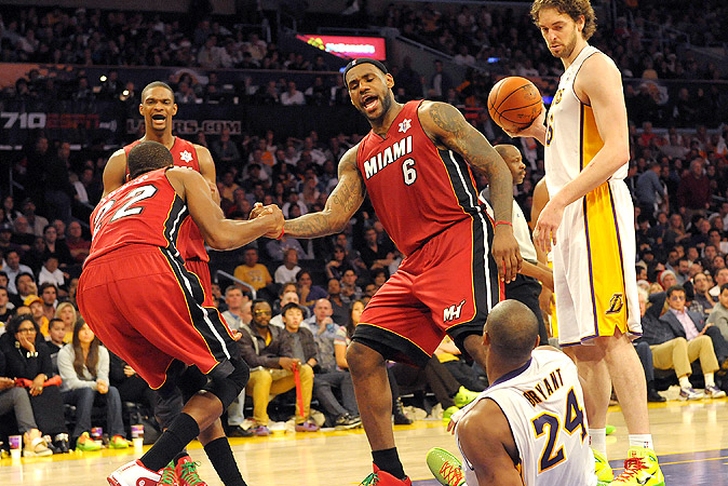 With the 2014 NBA free agency period less than half a day away, Bulls rumors are absolutely besieged by "what if's" surrounding superstar free agents Carmelo Anthony and LeBron James.

While Melo might be the easier target to land, John Jackson of ChicagoNow.com believes that the Chicago Bulls have all of the assets necessary to make a legitimate run for LeBron over the next week or so.

"While the chances of James remaining in Miami are better than I thought they were a week ago, it’s far from a done deal," writes Jackson in an article posted on Sunday. "The challenge for the Bulls, or any other interested team, is convincing him his best opportunity to win a third title (and beyond) is in its city."

"With a deep young roster that includes two All-Stars in their 20s (Derrick Rose and Joakim Noah), the Bulls can make an impressive pitch."

One source close to James indicates that four-time MVP's decision is still "up in the air," and that he pulled away from Heat management over the course of the 2013-14 season.

If that's indeed true, then the Bulls might have as good a shot as any to create a new court for the King.