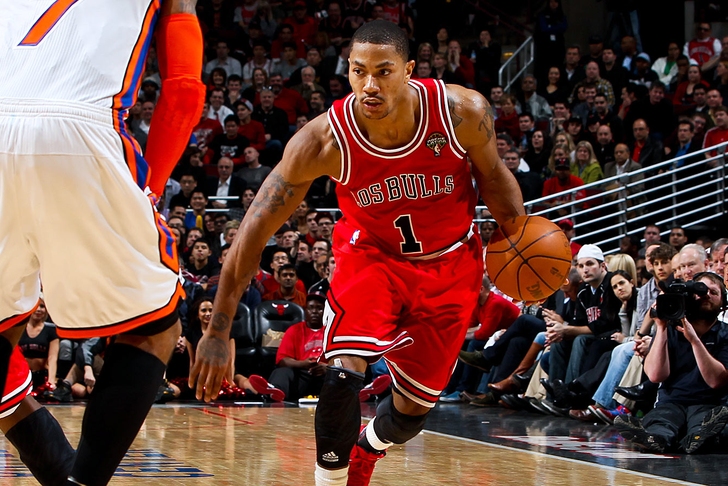 Can't get enough Bulls news? Be sure to download our 5-star iPhone app today!

Despite spraining both of his ankles in Friday's loss to the Cleveland Cavs, Chicago Bulls superstar Derrick Rose could be back on the court as soon as Tuesday against the Orlando Magic.

Rose sat out Saturday's game against the Minnesota Timberwolves, indicating that he would have played had it been necessary for him to be out there. Rose even warmed up with his teammates prior to the contest before deciding not to play.

"We're going by where he is, how he's feeling," Thibodeau said. "When you think back with Team USA he did five games in six days and he didn't have any problems. He did nine [games] in 16 [days]. If he's feeling good, great. And if he needs time, then we're going to give him time."

"It's really that simple."