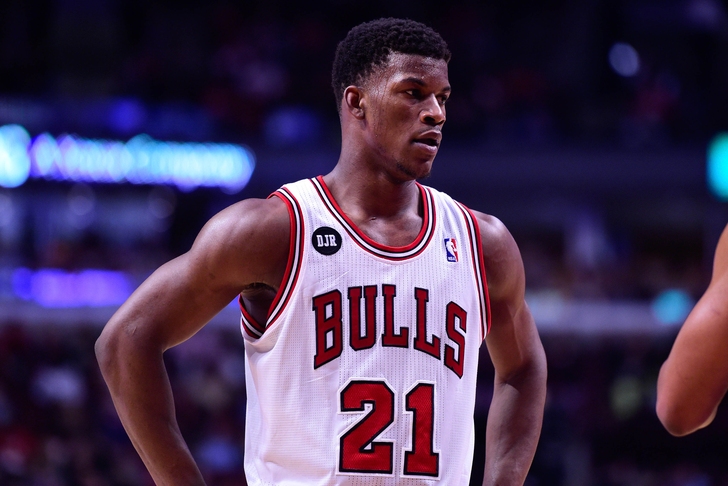 The Chicago Bulls and fourth-year shooting guard Jimmy Butler failed to come to terms on a contract extension before Friday's midnight EST deadline. Therefore, Butler will not head into restricted free agency come July of next year.

Butler remains adamant that he would like to remain a Chicago Bull. In addition, the organization and head coach Tom Thibodeau are quite enamored with Butler's defensive ability and presence in the backcourt.

"Jimmy knows how we feel about him," Thibodeau said before Friday's home opener against the Cleveland Cavs, via Bleacher Report. "This is all part of the process. He's earned the right [to test the market], he's put himself in a great position. In the end, it'll all work out."

As Sean Highkin of Bleacher Report points out, "the Bulls’ efforts to lock up Butler at a discount were unlikely to be successful in any case, but after the Utah Jazz agreed to a four-year, $42 million extension with Alec Burks earlier on Friday, per Yahoo Sports' Adrian Wojnarowski, any chance that Butler would sign for less than eight figures annually was dead."

It would be smart to bank on the Bulls giving in and paying Butler eight figures per year, especially with the expected rise in the salary cap due to the NBA's new national TV contract coming into effect before the 2015-16 season.

However, the Bulls still have to worry that another team will swoop in and present Butler an offer sheet that lies way outside of the price the team is willing to spend.