Bulls News: Pacers' Lance Stephenson to be targeted by Bulls during offseason? 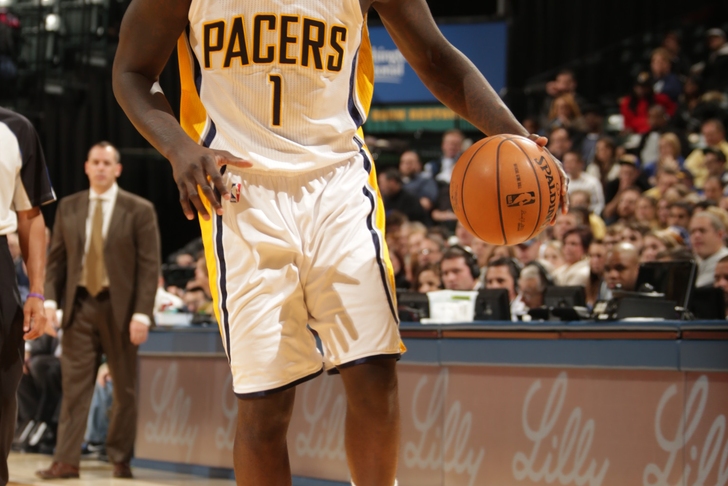 Here's a quick hit of Bulls news to tide you over until tonight's tip-off in Oakland--the Chicago Bulls could very well be major players in the offseason to sign the odds-on favorite for 2013-14 NBA Most Improved Player of the Year.

According to the Sporting News, the Chicago Bulls, along with the Charlotte Bobcats and Los Angeles Lakers, will be top contenders to sign Indiana Pacers shooting guard Lance Stephenson this offseason if the 2014-15 luxury tax threshold of $75.7 million dissuades the Pacers from making a legitimate offer.

Chicago could have anywhere from $14 to $28 million to play with this offseason, depending on what happens with power forward Carlos Boozer.

Jimmy Butler is having a solid 2013-14 season for the Chicago Bulls as the starting shooting guard, but 23-year-old Lance Stephenson's aggressive style and top-notch defensive prowess could prompt the Bulls to offer him the "eight-figure" yearly contract that Sporting News is reporting that he will command.

In 47 games this year, Lance Stephenson seen massive improvements across the board from his first three years in the NBA, posting career-highs in points (14.1), rebounds (7.2), and assists (5.3) per game.

Chat Sports is the place for all the latest Bulls news and rumors. Be sure to follow our Bulls team page today.