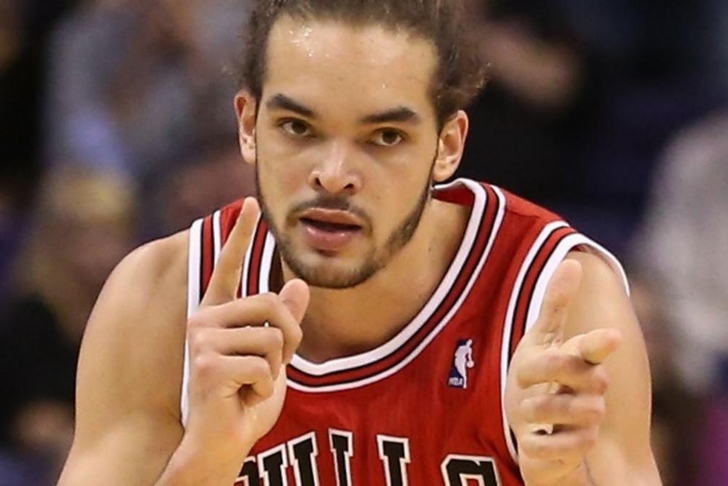 In Bulls news today, while Chicago Bulls star Joakim Noah is happy with the fact that he has been named the NBA's Defensive Player of the Year, he is not satisfied with the award alone.

Per K.C. Johnson of the Chicago Tribune, Noah has his sights set on bigger and better things for the Chicago Bulls as a whole:

Noah: "These awards are great. But they're not why I play the game."

Joakim Noah has taken the next step to superstar status during the 2013-14 NBA season, anchoring a Chicago Bulls defense which played a pivotal role in launching the Bulls to home-court advantage in the first round of the NBA Playoffs.

However, head coach Tom Thibodeau's team-first approach is echoed in Noah's play and demeanor, deflecting personal praise in an attempt to keep his eyes and the eyes of the team on their chance at an NBA championship.