Bulls News: Jimmer Fredette to be left out of Bulls' playoff rotation? 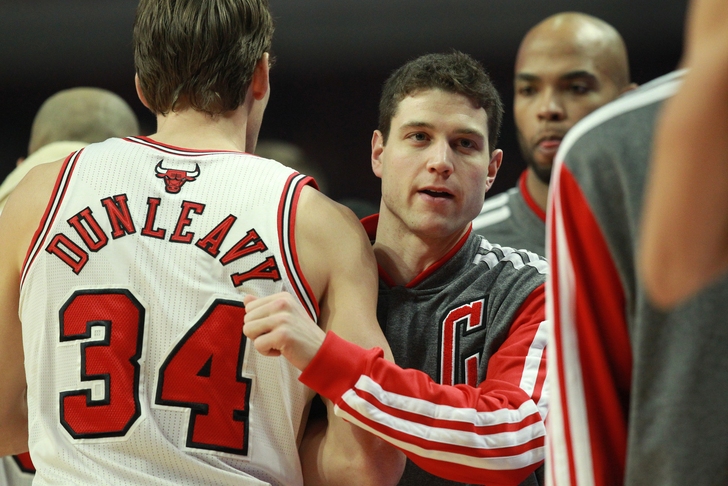 In Bulls news today, a recently signed cult hero may not be in Chicago Bulls coach Tom Thibodeau's plans for the 2014 NBA Playoffs.

As pondered by Wally Jacobs of Rant Sports, along with being subject to speculation by several NBA analysts, the Chicago Bulls may be planning to leave Brigham Young University star Jimmer Fredette out of his strategic planning for the upcoming playoffs -- "With the roster expanded to 13 players now and with talks of  possibly adding point guard Mike James to the Bulls, Jimmer Fredette appears to be the odd man out."

Despite the wishes of many Chicago Bulls fans, the third-year NBA pro hasn't seen a ton of action when it counts, being limited to the end of the bench for games that have gotten out of hand.

Fredette is averaging just a meager 5.3 points per game this season, which is by far a career-low. The most minutes that Fredette has seen on the floor in a Chicago Bulls uniform is eight, during a convincing loss to the San Antonio Spurs back in March.

Your Bulls news whenever and wherever you want. Download our new Chat Sports iPhone app, and follow our Bulls team page today.