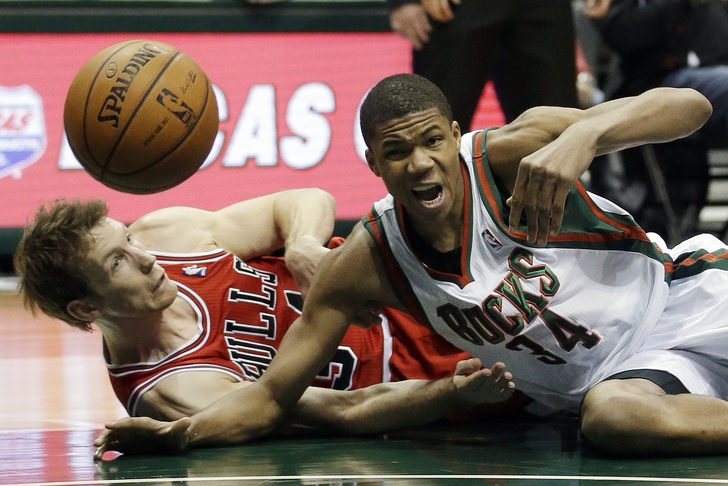 In Bulls news today, one of the Chicago Bulls most-valued players from an internal standpoint has garnered trade interest from the Houston Rockets...but, it is not looking like the Bulls are willing to play ball.

USA Today insider Sam Amick tweeted out today that the Houston Rockets are one of several teams interested in acquiring the services of Chicago Bulls small forward Mike Dunleavy Jr., but that the Chicago Bulls may not be willing to part ways with the 12-year veteran--

Rockets one of many teams wanting Dunleavy, but Bulls value him. Chicago has nothing in the works elsewhere yet, either, I'm told.

After spending 2012-13 with the Milwaukee Bucks, Mike Dunleavy Jr. signed a 2-year, $6.51 million deal with the Chicago Bulls this offseason.

He has shown versatility and consistency in his first years in a Chicago Bulls uniform, averaging 11.1 points per game while shooting 43.7% from the field, 38% from beyond the arc, and 81.3% from the free-throw line.

It doesn't look as if the Bulls news cycle will be privy to Mike Dunleavy Jr. moving any time soon, but it won't stop perceived "one piece away" contenders such as the Houston Rockets from trying.

Get Bulls news as soon as it happens here at Chat Sports. Follow our Bulls team page today.