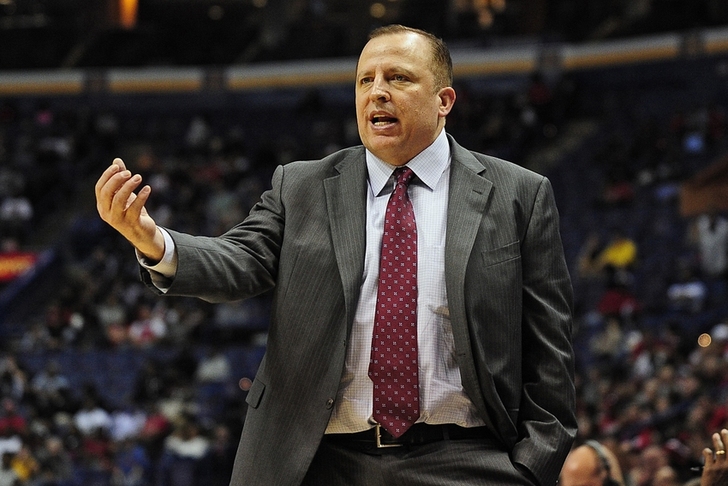 The Chicago Bulls are struggling of late, as shown by their 4-6 record in their last 10 games while shockingly having the 26th worst defense in the NBA in that stretch.

That, along with Tom Thibodeau’s rocky history with the Chicago front office and reports of the players tuning their coach out because he's "too hardcore", have created rumors that Thibodeau is on the hot seat.

“No,’’ general manager Gar Forman said in a text, when asked if there had been discussions about Thibodeau’s job security. “It’s not a story.’’

“To me, honestly, I don’t think Tom is that hardcore. I don’t think we practice that hard. We do what we need to do, and he tries his best with us just like we try our best. We have to get on the same page, not really pointing fingers but being positive with each other.’’

Chicago currently have the No. 4 seed in the Eastern Conference with a 27-16 record.