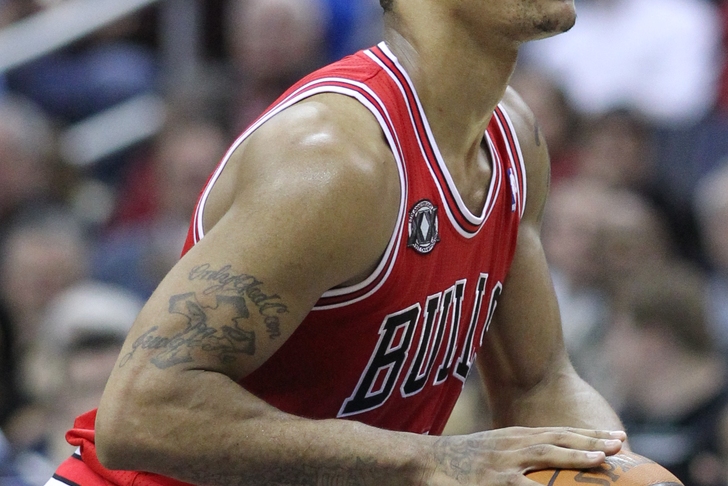 Here's some optimistic Bulls news to go along with the Chicago Bulls' 103-83 home pasting of the Golden State Warriors earlier tonight--it looks like Chicago Bulls centerpiece Derrick Rose is showing some progress in his rehabilitation from injury.

While reiterating Rose is out for season about 8 times, Thibodeau said Rose has done some running on his own off the anti-gravity treadmill.

It is important for those who follow Bulls news to realize that the Chicago Bulls are going to be exceedingly careful with the 3-time NBA All-Star, in order to keep from jeopardizing Derrick Rose's chances at a full and timely recovery.

However, speculation has been running rampant about the possibility of Rose returning to the Chicago Bulls for a possible playoff run in what looks to be a very winnable Eastern Conference at this juncture.

Time will tell, yet from the tenor of Chicago Bulls coach Tom Thibodeau's words, 2014-15 seems to be the primary and logical target for Derrick Rose's full return.

Stay up-to-date on all the latest in Bulls news and rumors. Follow our Bulls team page today.