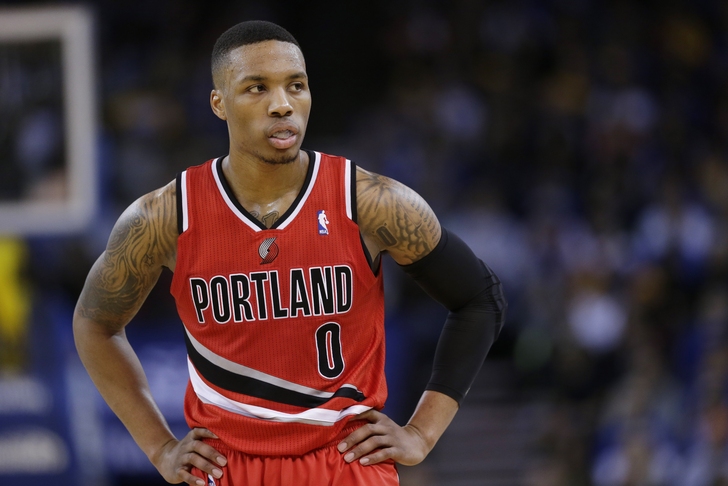 The Chicago Bulls' 105-87 road loss to the Portland Trail Blazers on Friday night didn't come without its share of controversy.

Tempers rose dramatically when Mike Dunleavy seeming charged at Blazers' star Damian Lillard, fouling him hard in the middle of a three-point shot.

Lillard gave his thoughts on the foul in a postgame interview with reporters, courtesy of The Oregonian's Joe Freeman:

Q: How would you describe the foul?

Q: Safe to say you were angry about it?

A: "I've had worse things happen. But that was the last thing I was expecting on a wide-open three-point shot. It was a cheap play. I don't know what else to say about it."

Q: What was going through your mind during the play?

A: "I was surprised. It was kind of funny to me. Because when I was shooting the ball, I saw him coming towards me kind of fast and I was like, 'He's not stopping.' So I kind of let the ball go, I was kind of thrown off when he did it. I fell to the ground and I was like, 'Did he really just?' I didn't understand why. It was cheap. But that's not something worth my reaction to be all angry. Nothing's going to happen on the floor anyway."