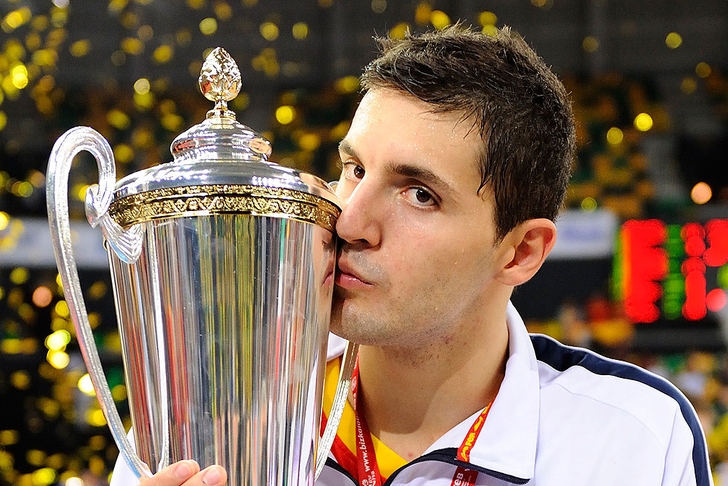 In Bulls news tonight, it looks like even head coach Tom Thibodeau isn't quite sure what to make of the situation with Spanish basketball superstar, and 2011 Chicago Bulls draft-day acquisition, Nikola Mirotic.

Thibs says he watches tape of Mirotic when he can. Still hasn't gotten a chance to speak with him yet.

The Chicago Bulls acquired the rights to Nikola Mirotic from the Minnesota Timberwolves on day one of the 2011 NBA Draft, after the Timberwolves had acquired Mirotic with the 23rd overall pick.

However, the star of Copa Del Rey tournament champion Real Madrid is not able to fully negotiate a true contract with the Chicago Bulls until this summer, and there is conflicting reports about whether Nikola Mirotic will command the money to stay in Spain, or take the chance to come to Chicago.

The 23-year-old power forward posted 17 points and 11 rebounds in Real Madrid's 77-76 championship game victory over FC Barcelona in the prestigious Copa Del Rey tournament--a tournament which has pitted the best clubs in Spanish professional basketball against one another since 1933.