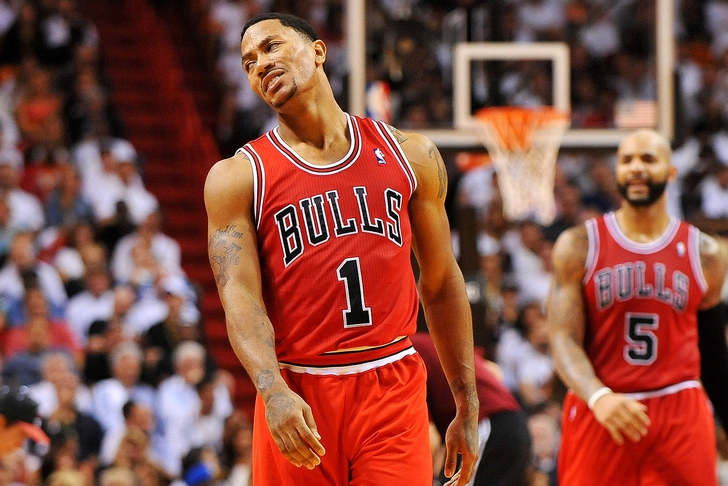 Derrick Rose missed his second-straight game on Saturday due to his ongoing ankle injuries, but the decision to sit him wasn't based on extreme caution on Chicago Bulls head coach Tom Thibodeau's part.

Per Nick Friedell of ESPN Chicago, "while GM Gar Forman and executive VP John Paxson are hopeful that Thibodeau will keep Rose and Joakim Noah on a minutes limit to start the season, their outlook jives with the head coach’s: If Rose feels good enough to play, then that’s what he should do."

Rose was as close to a game-time decision as you can get before Saturday's game with the Boston Celtics, as Thibodeau kept in line with his philosophy on Derrick Rose's health going forward.

If he can go, I think he has to go," Thibodeau said on Friday. "If he can’t, then he doesn’t. It’s really that simple. It’s the only way he’s going to shake the rust off is getting out there and playing.”