Bulls News: Carlos Boozer says he won't be traded, no amnesty either? 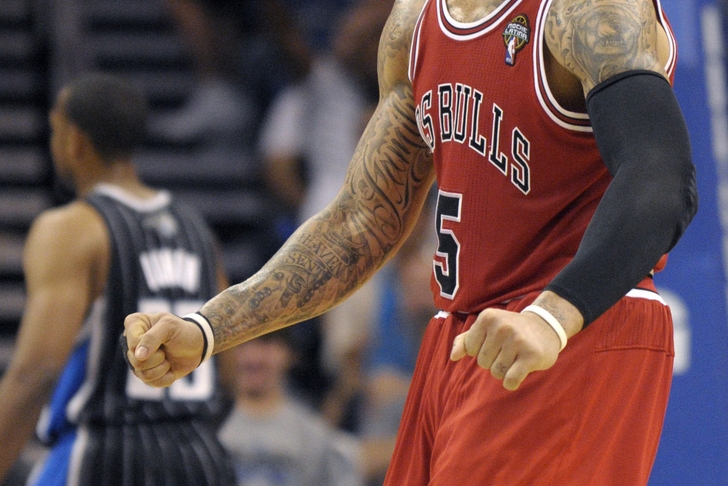 Here's a piece of Bulls news that may prove worrisome to some Chicago Bulls fans--beleaguered Chicago Bulls power forward Carlos Boozer may not be leaving Chicago after all.

Carlos Boozer spoke with TNT's Craig Sager during the Chicago Bulls 92-76 home victory over the Brooklyn Nets on Thursday, and Sager reports that Boozer is convinced that he will be a Bull at least through the 2014-15 season--

“After Luol Deng was traded to Cleveland earlier this year, Boozer began to wonder about his own future with the team,” Sager stated. “He told me tonight that he has been assured that he will not be traded by next week’s deadline, nor will the team buy out the final of his contract this summer unless they can land a superstar which is too good to pass up.”

It seemed almost guaranteed as recent as last week that Carlos Boozer's almost $17 million contract for next year would almost assuredly place him as a prime candidate for the Chicago Bulls 2014-15 amnesty clause provision--allowing them to eat his salary without salary cap ramifications, in order to perhaps pursue free agents Carmelo Anthony or LeBron James.

However, if they decide that Boozer's locker-room presence and current production is enough to keep him on at such an exorbitant cost, the Bulls' options will become severely limited from a luxury tax and salary cap standpoint--even so far as throwing a wrench into negotiations with 2011 draft-day acquisition and Spanish League superstar Nikola Mirotic.