Bulls News: Bulls stay out of luxury tax thanks to the Jazz 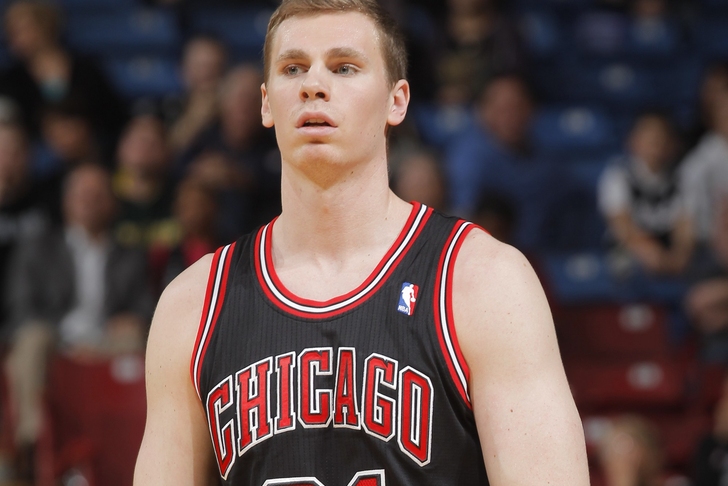 It isn't very often in Bulls news that Chicago Bulls fans can thank the Utah Jazz for something, especially considering their past history in the NBA Finals.

However, a minor roster move made by the Utah Jazz on Saturday evening should pay huge dividends for the Chicago Bulls from a financial perspective.

Per K.C. Johnson of the Chicago Tribune, due to the Jazz claiming former Chicago Bulls rookie Erik Murphy off waivers on Saturday evening, "Murphy's cap number of $490,180 comes off the Bulls' books. That would keep the Bulls out of the luxury tax even if Joakim Noah makes first-team All-NBA and earns a $500,000 bonus."

Johnson also explains that, even if other performance incentives are reached by other members of the Chicago Bulls roster, the Bulls still should come in under the luxury tax threshold.

The Bulls did have plans to avoid the repeater luxury tax if Murphy wasn't claimed, but now they will be able to carry on without having to resort to Plan B.