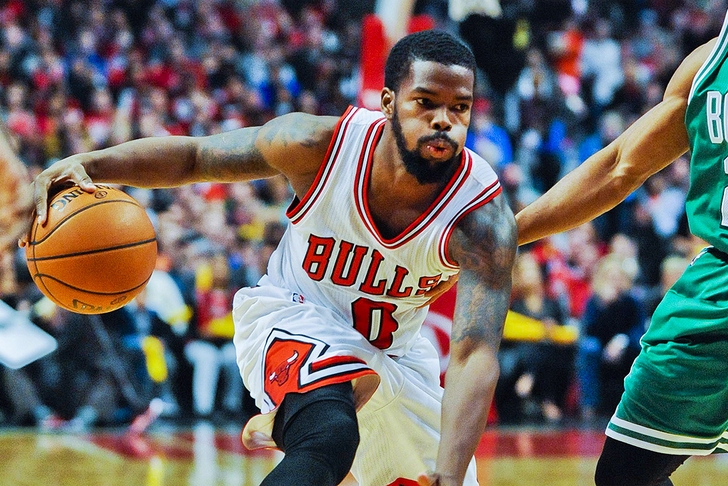 Chicago Bulls point guard Aaron Brooks is enjoying every minute of his first year in the Windy City, and his production reflects what has been a major resurgence for the veteran's career.

"It's probably been better than even I thought it was going to be," Brooks said of his decision to come to Chicago in free agency, via K.C. Johnson of the Chicago Tribune.

Despite his reputation as a "shoot first, ask questions later" point guard, Brooks is third on the team with 53 assists (despite a team-high 39 turnovers).

Also, Brooks leads all Bulls regulars with a sizzling 43.9% 3-point percentage, and his 25 triples only trails Mike Dunleavy's 28 - an accomplishment made even more impressive by the fact that Brooks has logged 164 fewer minutes on the floor than Dunleavy.

"He's been great all year," head coach Tom Thibodeau said. "It doesn't take much for him to get going. He's a proven scorer. He's got a lot of toughness to him. From coaching against him, I knew that you had to game plan against him.

"He's quick with the ball, moves well without the ball. He's very good in the pick-and-roll. For a guy his size, he finishes very well in the paint. He can really shoot."