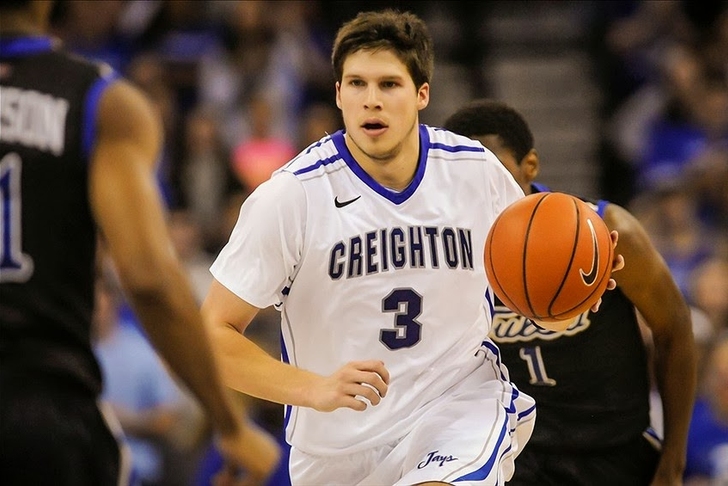 The Chicago Bulls are reportedly weighing up a move for Sacramento's #8 pick, according to Sean Deveney of the Sporting News, and Deveney claims they're aiming to use that pick on Creighton sharpshooter Doug McDermott.

In a bid to upgrade their offensive firepower, the Bulls have targeted McDermott, Michigan State's Gary Harris and Michigan's Nik Stauskas. Chicago currently owns the #16 and #19 picks, and there's no guarantee that any of those players would still be around by then. Although the Bulls have already explored moving up to #11 or #12, talks with Orlando and Denver (who own those picks) have stalled, and Chicago now sees the #8 spot as their best shot at moving up.

The Bulls are not expected to give up any players in order to move into the lottery, and any deal would likely involve moving some combination of picks and cash. Tom Thibodeau is apparently not satisfied with Chicago's offensive options, and sees this move as a way to guarantee better offensive output even if the Bulls can't land Carmelo Anthony or another marquee free agent.

McDermott, 22, was a four-year starter at Creighton. The consensus 2014 National Player of the Year, he led the nation in scoring last season with 26.9 points per game.

For all the latest Bulls news and rumors, make sure to sign up for a free Chat Sports account today!