3 Things We Learned About The Chicago Bulls In Free Agency 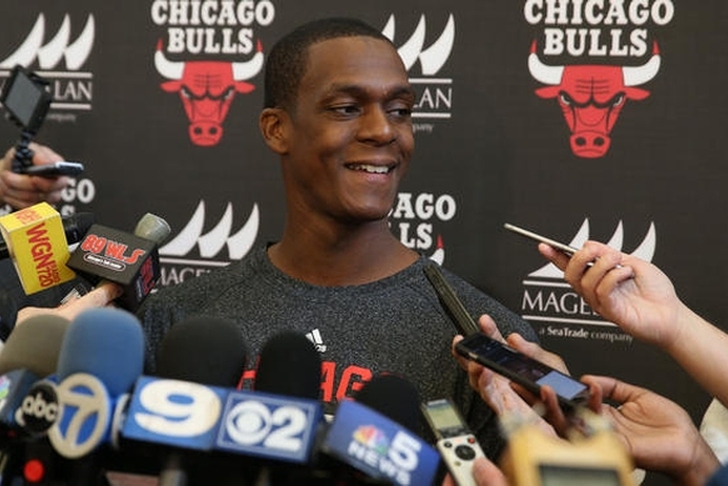 The Chicago Bulls are in the middle of a weird transition period, letting go of previous team leaders Derrick Rose, Joakim Noah and Pau Gasol. In exchange, they have signed veteran guards Rajon Rondo and Dwyane Wade to try and help lead this team back to the playoffs. Here are three things we learned about them in free agency.

3) They're desperately trying to stay relevant
There's no other way to describe what the Bulls are doing right now. Getting rid of Rose, Noah and Gasol was necessary to undergo the rebuilding process they were poised to start. Chicago was going to be Jimmy Butler's team, and they were going to build a young core around him - general manager Gar Forman even said so.

Instead, they splurged on two players nearing the end of their careers. It seems that Chicago prefers to be going for the seven- or eight-seed in the Eastern Conference playoffs rather than building a championship contender - something that reeks of desperation to stay in the headlines.

2) Shooting is NOT a priority
To make matters worse, Rondo and Wade give the Bulls perhaps the worst backcourt for today's modern NBA. Rondo is a career 28.9 percent three-point shooter, while Wade shot 15.9 percent from deep last year. Jimmy Butler is no better, shooting 31.2 percent in 2015-16.

In fact, Doug McDermott is the only rotation player who shot over 39 percent from long range last year. That's a major problem for this team that wants to play up-tempo under head coach Fred Hoiberg.

1) They have no long-term plan
This is all part of what appears to be a much larger problem with the Bulls organization - there is no plan. Chicago tried to reboot without having an idea of how they wanted to do so.

Instead, they essentially overpaid for a stopgap that only pushes back the timeline for their rebuild. They won't be in position to land a potential superstar with a high draft pick (which would have been nice to pair with Butler long term, especially with a ridiculously strong draft class in 2017), and almost certainly won't be good enough to convince free agents they're a legitimate contender. The Bulls have put themselves in a multi-year purgatory that only hurts the future of the franchise.