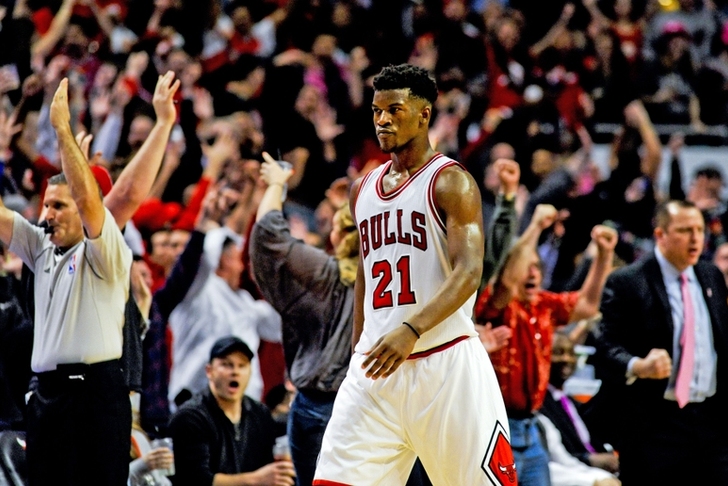 The Chicago Bulls stayed relatively quiet during free agency this offseason, but there's still plenty we learned from them this summer. Here are three things we learned about the Bulls during the free agency period:

Bulls are all in on Jimmy Butler

Rumors were swirling all offseason that Butler wanted to leave Chicago and join the Los Angeles Lakers, but the Bulls quickly squashed any chance to that happening by offering Butler a max contract as soon as they could. Butler signed shortly thereafter.

The Bulls have now hitched their wagon to Butler for the next five years, and they're counting on him to be the piece they've needed to help bring Chicago a title.

The pieces are in place

Even as other Eastern Conference contenders loaded up with more talent, Chicago stayed put with their current roster. They could've added another veteran free agent (David West?) to help them keep up in this arms race, but they're convinced the same group is capable of running through the league in 2015-16. Which leads us to..

The front office has a LOT of faith in Fred Hoiberg

Hoiberg is inheriting a very talented roster, but he's also taking over a team that has made the conference finals just once in the past five years. Derrick Rose's injuries have had something to do that, but maintaining championship expectations when the only change is at the head coaching position puts a lot of pressure on a coach who has no NBA coaching experience.