3 Things We Know About The Chicago Bulls After 10 Games 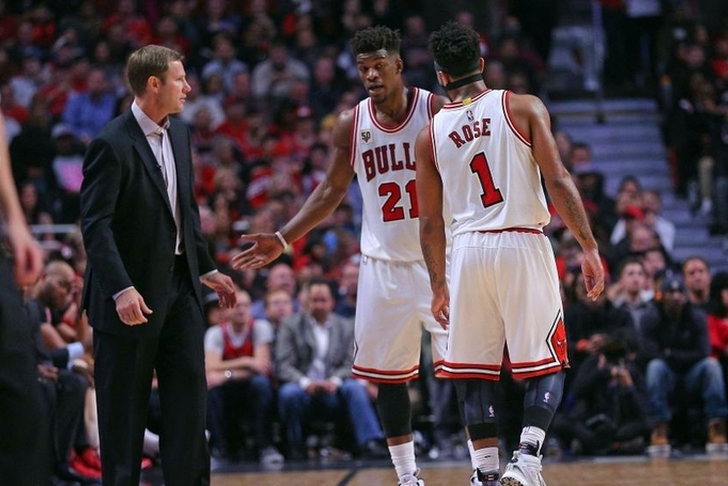 The Chicago Bulls are a healthy 7-3 through their first 10 games of the season, putting them in second place in the Eastern Conference. Here are three things we've learned about the Bulls early this year:

Ok, so perhaps we probably knew this, but this year it's just getting ridiculous. The broken orbital bone Rose suffered in training camp gave Rose blurred vision, which could now linger for months, according to new reports. Rose also sprained his ankle in Monday night's win over the Pacers, and that's expected to sideline him for a few games. It's nothing new, but Chicago is going to have to deal with Derrick Rose's injuries again all  year.

2) Fred Hoiberg hasn't fixed all of Chicago's offensive woes - yet

New head coach Fred Hoiberg was expected to open up Chicago's offense and turn them into a more exciting, up-tempo team than what they were under Tom Thibodeau, and he has - to a certain extent. Chicago is much more free flowing and is not bogged down on the offensive end of the floor like we've seen from them, but the results haven't been there yet. The Bulls rank just 15th in the NBA in points scored, averaging 100.9 points per game. The good news is that the Bulls rank in the top ten in assists and shoot a good 37.3 percent from three point range, but their overall 43 percent shooting is what's holding them back. Once Chicago gets better with their shot selection, they'll be very tough to beat.

1) Moving Joakim Noah to the bench was the right move

Hoiberg's decision to move Nikola Mirotic into the starting lineup over Joakim Noah raised a lot of eyebrows, but it's paid off so far. Mirotic's shooting ability and really opened driving lanes in the paint, and his versatility fits much better into Hoiberg's offense than Noah's limited offensive repetroie. Noah is still getting a lot of minutes (20.9 per game) and being effective with them (8.2 rebounds, 4.0 assists) while leading arguably the most talented bench unit in the league, which will pay major dividends in the playoffs.