3 Bulls Storylines To Watch For In 2016 NBA Free Agency 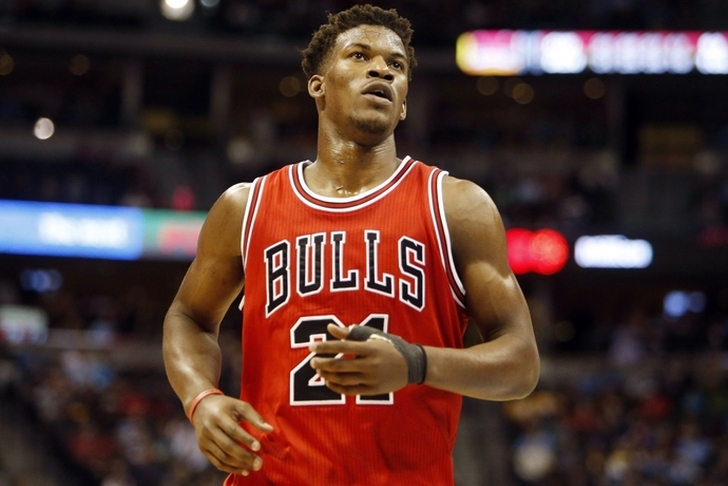 The NBA Offseason is here, and the Chicago Bulls have already taken advantage of the start. The Bulls sent out Derrick Rose and Justin Holiday to the New York Knicks, getting Robin Lopez, Jerian Grant and Jose Calderon back in the deal. But the Bulls aren't done yet. Another trade is a possibility and the Bulls will likely make a move or two in free agency.  With that in mind, here are the three biggest Bulls storylines to watch for during the 2016 NBA offseason.

3. Does A Jimmy Butler Trade (Or Another Deal) Happen?
For now, Butler is the face of the franchise for the Bulls. With Rose gone, this is Butler's show. But don't rule out the Bulls trading Butler. They turned down offers from the Celtics and Timberwolves, but it's clear the Bulls are open to moving Butler. If the T-Wolves end up including Zach LaVine in a deal with Kris Dunn, perhaps a deal ends up going through. But Butler isn't the only player who could be dealt. Taj Gibson is on the trade block, and Mike Dunleavy is a veteran on a fair contract that could be a trade chip. The Bulls already pulled off one major trade and they might not be done.

2. Does Chicago Go Get Another Point Guard?
The Bulls wanted Kris Dunn, but didn't land him. That leaves the team with Calderon, Grant and Spencer Dinwiddie on the roster at PG. Grant has some potential, but he's not really a starter at this point. Dinwiddie is a third point guard at best and Calderon appears washed up. Unfortunately for Chicago, it's a rough free agent class at point guard. The most realistic options for the team are the likes of restricted free agent Trey Burke and UFA Brandon Jennings. Perhaps the Bulls could bring back D.J. Augustin or convince Deron Williams to return to Illinois.

1. What Happens In The Front Court?
This is the biggest question for the Bulls. First, there's the potential trade of Taj Gibson. It's likely the Bulls will lose both Pau Gasol and Joakim Noah. Gasol wants to join a winner and Noah appears fed up with the front office. That leaves the Bulls with Lopez starting at center, with the young Cristiano Felicio backing him up. At power forward, there's Nikola Mirotic and last year's first round pick Bobby Portis. That's not a terrible front-court, but there are some depth issues, especially if Gibson is dealt. If the Bulls lose Noah and Gasol, they might need to sign another player to provide depth and a few minutes per game.