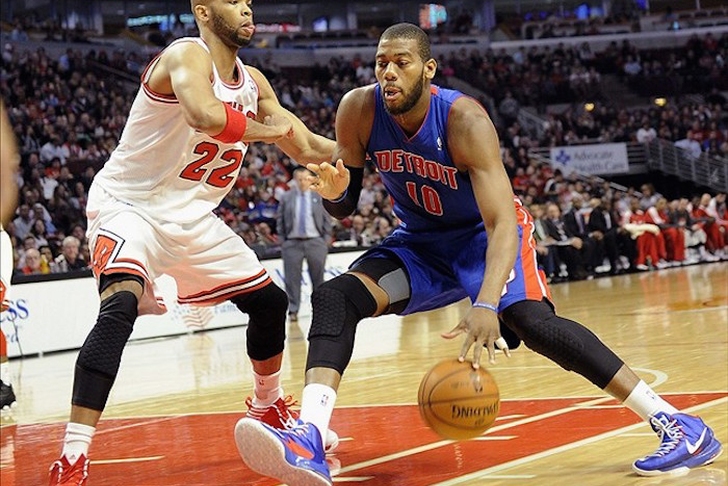 The Chicago Bulls are one of the best teams in the NBA, but they find themselves as No. 4 in the Eastern Conference. They may make a move to catch teams like the Toronto Raptors,and the Atlanta Hawks, and to keep them ahead of the Cleveland Cavaliers, who just acquiring sharpshooter J.R. Smith and great perimeter defender Iman Shumpert.

If the Bulls do make a trade, who are they most likely to go after? Monroe hasn't wanted to commit to Detroit long-term, and the Pistons could be looking to move him if they think they'll lose him in free agency this summer.

Chicago already has a good big man rotation with Joakim Noah, Pau Gasol, and Taj Gibson, but all three of them have already missed some time this season due to injury. Given the history of these players, it seems likely that the injuries could continue throughout the season. Monroe would give them some insurance and give the Bulls the best big man rotation in the league.

KG would like to be on a championship contender, and the Bulls would offer him a chance to do that. The Nets are somehow still in the playoff picture (that's the Eastern Conference for ya), but they don't have a shot at winning the NBA title. Brooklyn wants to rebuild their roster, and Garnett won't be around to see that. Chicago could likely get him without having to give up much, and he's provide them with another intense defender and playoff veteran. New York has made essentially everyone on their roster available for trade, meaning the Bulls could get Calderon without having to get up a lot. Chicago’s backcourt rotation is fairly solid with Kirk Heinrich and Aaron Brooks, but they could use another veteran presence. He’s a pass-first point guard who has valuable experience, and could serve as a mentor to Chicago’s young players. Plus, he'd be reunited with Spanish teammate Pau Gasol.