3 Burning Questions For The Chicago Bulls This Offseason 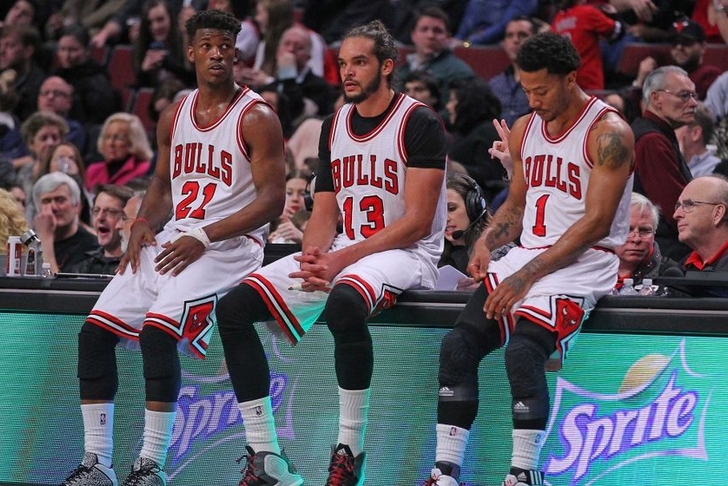 The Chicago Bulls were expected to win the Eastern Conference this season, but they finished with the No. 3 seed because a rash of injuries during the year and lost to the Cleveland Cavaliers in the second round of the playoffs. They still feel they have the ability to compete for the NBA championship next season, but in order to do so, they have to answer these questions this offseason:

1) Who will coach the team next season?

Chicago is expected to part ways with head coach Tom Thibodeau this offseason, and they've already identified Iowa State head coach Fred Hoiberg as they guy they want to replace him. Now, Thibodeau is under contract for two more years and several other teams - particularly the New Orleans Pelicans - are interested him, so Chicago is trying to trade him. If they can't reach a deal, there is still a slim possibility he'll be back - but that's very unlikely.

2) Will the Bulls give Jimmy Butler a max contract?

Butler emerged as one of the league's best players this year on his way to winning Most Improved Player, but as a restricted free agent this offseason, every team is going to get a crack at him. Chicago will get a chance to match any offer Butler receives, and he's almost guaranteed to be offered a max deal by someone. Derrick Rose, Pau Gasol, and Joakim Noah are all receiving big money from the Bulls already, but they need to make sure they keep Butler if they're going to be successful next season.

3) What happened to Joakim Noah?

Noah's play slipped badly this season, and while many think that has more to do with the various injuries he suffered this year, some think his career could be on the decline. Chicago has to make a decision as to what is causing this drop in play, and if they believe the 30-year-old is simply in a decline because of the 18,000+ minutes he has played, they may want to start making plans to move him or not.