3 Burning Questions For The Chicago Bulls Heading Into The Playoffs 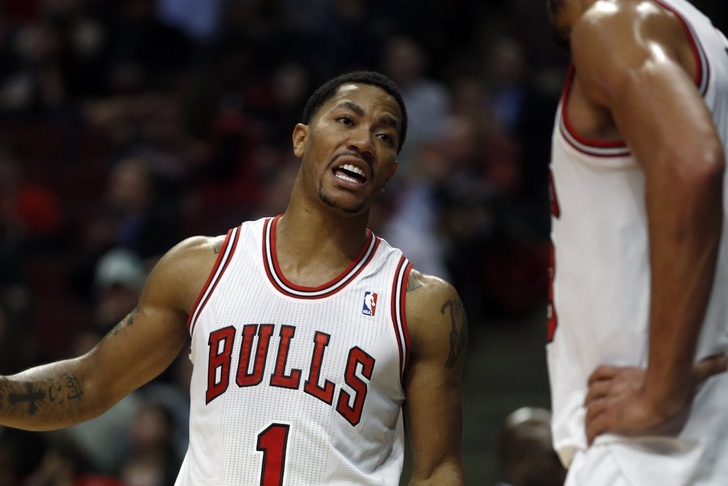 All sixteen teams who qualify for the 2015 NBA Playoffs will have their own unique sets of strengths and question marks heading into postseason play, and the Chicago Bulls aren't any different. With that in mind, here's 3 Burning Questions For The Chicago Bulls Heading Into The NBA Playoffs.

Is Derrick Rose Ready For A Long Playoff Run?

Since his return from injury on April 8th against the Orlando Magic, Rose has steadily gotten a foothold when it comees to bringing out the explosive player we know and love. The question here is whether Rose's health and general stamina are ready for if/when the Bulls make a long run through the Eastern Conference Playoffs. The answer to that question could mean the difference between being an also-ran and surviving the East.

Can The Offense Find Some Consistency?

After a smoldering-hot start to the 2014-15 season, the Chicago Bulls' offense has cooled down considerably over the past 45 games or so. The team hasn't been able to get their attack humming for more than a few games at a time -- a frustrating bit of inconsistency that could prove the team's death knell if they can't score more than 92-93 points per 100 possessions.

Is Joakim Noah Ready To Bust Out?

Noah is having a down year in almost every measurable statistical category, yet part of that may be due to the minute restriction he's been faced with since March 1st. If Tom Thibodeau continues that restriction in the playoffs, Noah's going to have to maximize his time out on the floor with even more of a sense of urgency. If he can do that, picking it up offensively while providing the all-world defense he's known for, the Bulls will be an absolute force in the East.