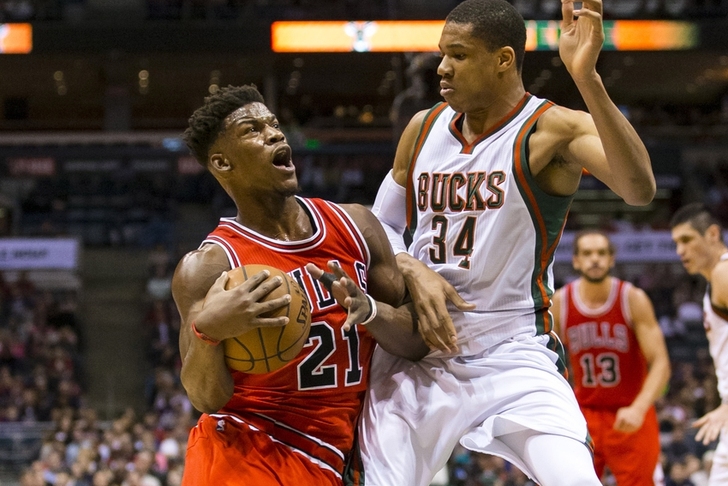 The Chicago Bulls started the season as one of the favorites to win the Eastern Conference, but after dealing with a rash of injuries that seemed to affect everyone on their roster, they were barely able to grab the No. 3 seed.

The Milwaukee Bucks had absolutely no expectations coming into this year after finishing the 2013-14 season with the worst record in the league, but first year head coach Jason Kidd turned them into one of the biggest surprises in the NBA. Milwaukee was even able to maintain their spot in the Eastern Conference playoffs after losing star rookie Jabari Parker for the season by trading for last year's Rookie of the Year Michael Carter-Williams.

Chicago won the season series 3-1 between these two teams.

After a slow start to the season, Rose finally started to show the aggressiveness that made him the 2011 MVP prior to the All-Star break, but another knee injury sidelined him again until a few weeks ago. Rose sat out of the second half of the season finale with knee soreness, taking the precaution to make sure he’s healthy in the playoffs. Chicago is a good team capable of winning the first round without Rose at 100 percent, but they need him to be fully healthy to make any real noise.

Both Chicago and Milwaukee are top-10 defensive teams, but the Bulls are a much better team offensively. The Bucks don't have anyone they can consistently rely on to score points for them, while Chicago has a multitude of weapons capable of putting up 30+ points on any given night. Milwaukee is either going to have to play incredible defense or have someone step up on offense for them to win this series.

Milwaukee is a good defensive team, but the Bulls are finally getting healthy and when Chicago is at full strength, very few teams in the league can beat them.