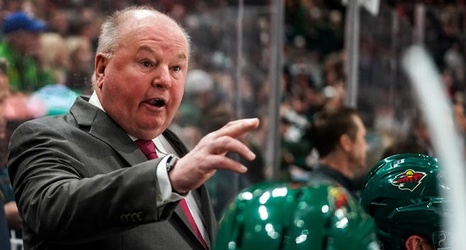 The Minnesota Wild announced Friday they've fired head coach Bruce Boudreau, who was in his fourth season with the team.

"I would like to thank Bruce for his hard work and commitment to the Minnesota Wild during his tenure with the organization and wish him and his family the best in the future," Wild GM Bill Guerin said in a statement.

The Wild recently moved within three points of a wild-card spot in the Western Conference, winning seven of their last 11 games, posing a question to Bodreau's sudden firing. According to The Athletic, Guerin has been thinking of firing Boudreau for "awhile," and Minnesota blowing a two-goal lead and losing in a shootout Thursday against the Rangers was enough to make the move reality.