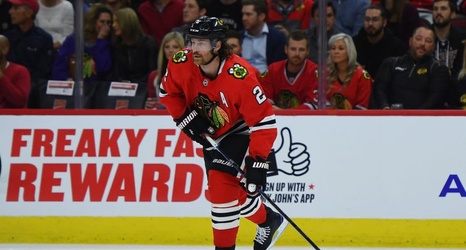 The Blackhawks’ defense needs improving if they want to maximize Patrick Kane and Jonathan Toews windows.

During the Chicago Blackhawks glory days, one thing everyone could count on was their defense. In 2010, their top four defensemen consisted of Duncan Keith, Brent Seabrook, Brian Campbell, and Niklas Hjalmarsson.

In 2013 and 2015, their top four were Duncan Keith, Brent Seabrook, Niklas Hjalmarsson, and Johnny Oduya. All of these players were bonified top two/four defensemen which played a big part in the Blackhawks’ success.