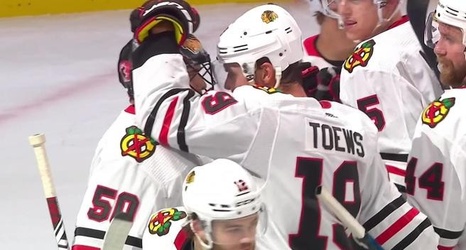 Blackhawks defenseman Calvin de Haan hadn't played in an NHL game that counted since having shoulder surgery in December. He had six points (one goal, five assists) and a +/- rating of +10 in 29 games with Chicago before the procedure.

The NHL pause on March 12, due to the COVID-19 pandemic, allowed him to recover and be back in the Hawks' lineup for the NHL's 24-team postseason tournament.

De Haan, who missed the majority of the Blackhawks' Phase 3 training camp dealing with a family emergency, was on the Hawks' second pairing with defenseman Connor Murphy in Saturday's 6-4 Game 1 win over the Edmonton Oilers in the Stanley Cup Qualifiers.