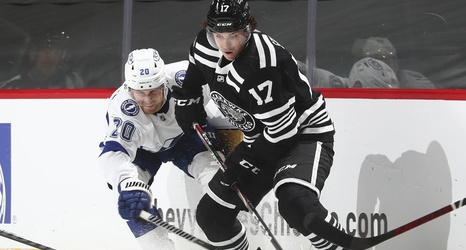 There’s no nice way of putting this: the Blackhawks 2021 campaign was like witnessing a car crash. It was ugly. And no matter how hard you try, you can't un-see it.

The season got off on the wrong foot before training camp opened. Whatever optimism Hawks fans had mustered up was stripped away when it was revealed that Jonathan Toews would be sidelined indefinitely with an undisclosed illness. As if the captain’s absence wasn't enough of a blow to the Hawks center depth, Kirby Dach’s wrist injury limited him to only 18 games.