What is Erik Gustafsson’s Value to the Chicago Blackhawks and the League? 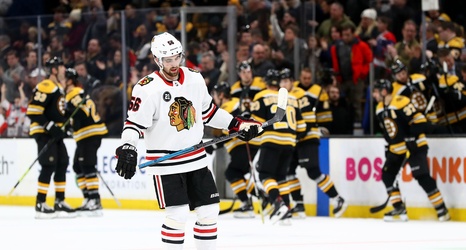 It has been a season of regression for Blackhawks defenseman Erik Gustafsson, who has seen his offensive production plummet and his defensive ability, or lack thereof, continue to yield negative results. While he still leads Blackhawks defenseman in scoring he is miles behind his 60 point pace that he set last season with only 25 points in 56 games this season.

Another thing to consider is that Gustafsson is going to be a free agent at the end of this season, and it sounds as though negotiations have yet to begin between the defenseman and management.