Watch: Blackhawks’ Patrick Kane gets No. 88 retired by London Knights 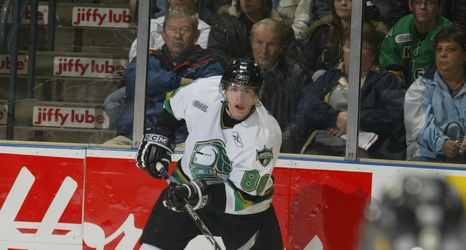 London of the Ontario Hockey League celebrated Kane unveiling a banner with his name, face, No. 88 and the 2006-07 season he played for the Knights during a ceremony before their game against the Sudbury Wolves.

A Knight to remember

He scored 145 points & was named #OHL Rookie of the Year during his single season with the @GoLondonKnights in 2006-07 before a decorated @NHL career with @NHLBlackhawks.