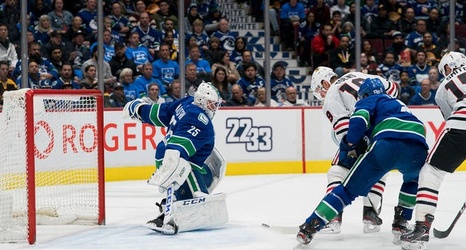 Before the Blackhawks left home to embark on a crucial five-game road trip in Western Canada, GM Stan Bowman told NBC Sports Chicago that the organization is going to take as much time as possible before deciding what to do at the trade deadline.

At that point, it was two and a half weeks out from the Feb. 24 deadline and the Blackhawks were making a surge. They were 12-5-2 in their last 19 games and had picked up at least a point in eight of their past nine to pull themselves within legitimate reaching distance of a playoff spot.