The Blackhawks' uphill battle 'just sucks', so it's time to spark some optimism 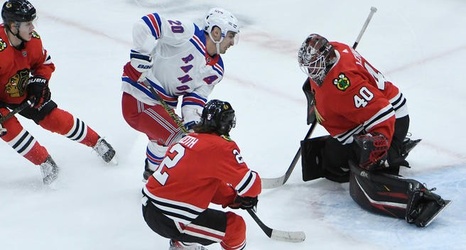 Sitting eight points out of the playoffs, with four teams to jump and trade rumors circulating, the Blackhawks just need to feel good.

It was clear at Fifth Third Arena on Thursday following off-ice work and meetings that the Hawks aren't feeling too hot about where they're at. Truthfully, the vibe could have best been compared to the type of demeanor and commentary you'd witness from players at the conclusion of a season in which they didn't make the playoffs, like the last two.

The Hawks more than likely sealed their non-postseason fate for the third straight year after going 1-4-0 on their recent road trip in Canada.