Standing Outside the Fire: Flames 5, Blackhawks 2 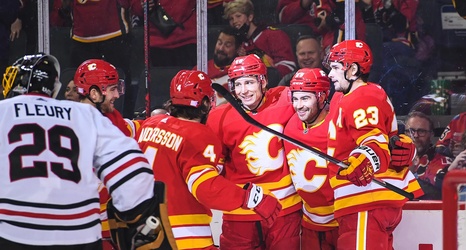 Despite keeping the game close for most of the game on Tuesday night, an unlucky bounce late in the third period was the undoing of the Blackhawks as they lost 5-2 to the Flames.

Just over a minute into the game, Kirby Dach took offense to a hit from behind on Alex Debrincat from Blake Colman and started throwing punches:

Here's the Blake Coleman hit on Alex DeBrincat that led to Kirby Dach dropping his gloves. No penalty on the play. #Blackhawks pic.twitter.com/mkJvhGm6Yf

The Flames then scored just 18 seconds after the fight concluded.