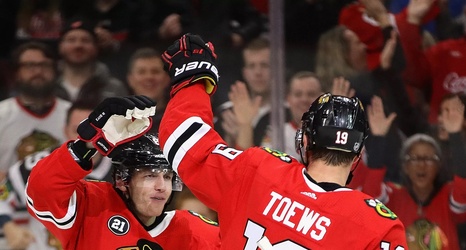 Dylan Strome opened the scoring on the power play in the first period. The game was largely quiet before the Blackhawks got their first power play, and Strome was able to recover a rebound off Boston (and former Chicago Wolves) goaltender Max Legace, and put the puck in.