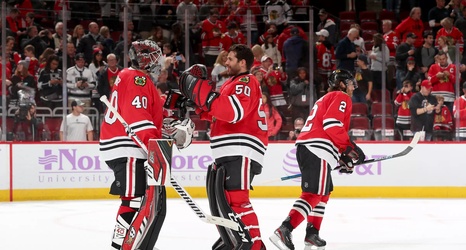 When the Blackhawks closed the door on the 2018-19 season there was one position that seemed to be clear heading into the offseason — goaltending.

Corey Crawford would return to his starting role and Collin Delia, who showed some promise during his NHL call up and was once again one of the top goaltenders in the AHL, would move up to be Crawford’s backup with Cam Ward retiring. Delia would then likely take over the starting NHL job for the 2020-21 season after Crawford’s contract expired.

But that’s not how things went.