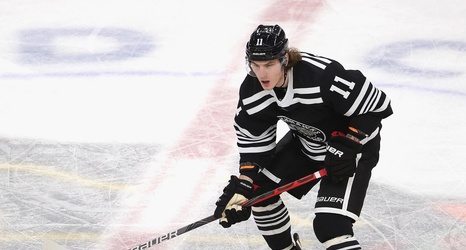 A little over an hour before the Chicago Blackhawks were scheduled to take the ice, a piece of news broke from Sportsnet’s Elliotte Friedman: forward Adam Gaudette has reportedly been placed on waivers.

Based on Friedman’s credibility within the hockey world — especially when it comes to reports of the waiver variety — this is pretty much an official statement.

Gaudette came to the Blackhawks in an April trade with the Vancouver Canucks that sent Matthew Highmore north of the border. Originally selected by Vancouver in the fifth round (149th overall) in the 2015 NHL Draft), Gaudette played in just 153 games across four seasons with Vancouver, tallying 21 goals and 31 assists.