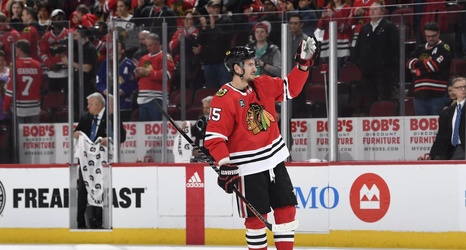 Artem Anisimov has found his way down the Blackhawks’ depth chart the last year. When they first traded for him, a trade that sent Brandon Saad to the Columbus Blue Jackets, the Blackhawks and general manager Stan Bowman envisioned him as the long-term second line center.

That worked for a while — Patrick Kane’s Hart season came with Anisimov as his center (although Artemi Panarin was on the other wing). But eventually, with the advent of Alex DeBrincat as the Blackhawks’ star second liner of the future, Anisimov lost his spot to Dylan Strome, who has better chemistry with the Blackhawks’ goal scoring star.