Opening the Eyes of Chicago Blackhawks Fans in 2019-20 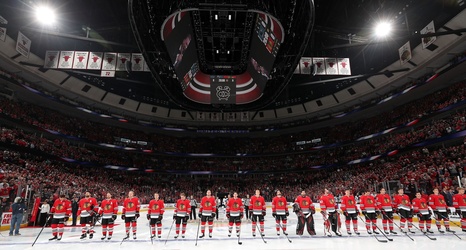 When do you think the mass hysteria began for Chicago Blackhawks fans? Did it start when we lost to St. Louis in 2016 in Game 7 of Round 1? Maybe, it was the following season when we were swept by the Nashville Predators.

Even still, maybe it was the Corey Crawford injury that helped push the Blackhawks to their first no show in the postseason in a long time. Of course, it might also be when Joel Quenneville was fired to bring in a young coach like Jeremy Colliton.

You get the point.