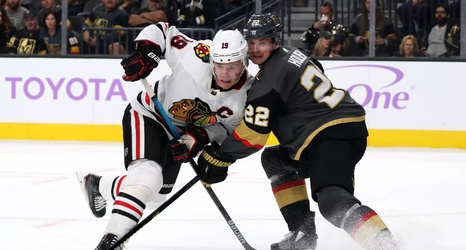 The Blackhawks’ Stanley Cup Qualifiers series featured an opponent in the Oilers that had two of the top players in the NHL and little else behind them.

Now, Chicago faces a team in the Golden Knights that are at the opposite end of the spectrum.

In fact, after the Blackhawks’ depth was one of the potential matchup strengths in the qualifying round, it may now be their biggest weakness heading into the first round of the Stanley Cup Playoffs against Vegas.

Vegas was one of the most NHL’s most dominant teams in terms of puck possession during the regular season.