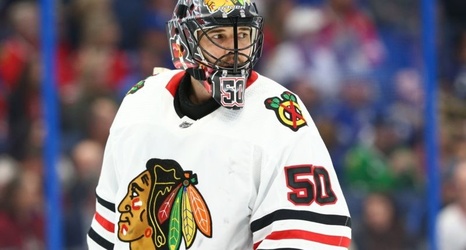 Ben Pope of the Chicago Sun-Times: The Chicago Blackhawks have plenty of time to figure out their goaltending situation for next season. They will have a “proven NHL goalie signed for next year” according to GM Stan Bowman.

“I wouldn’t say we’ve mapped out who it’s going to be,” Bowman said Tuesday. “We have a lot of candidates, and we’ve got to make that choice between now and next season.”

“We have Kevin Lankinen, Collin Delia, Subban and Crawford, he’s not signed. But obviously Delia, Lankinen and Subban, their rights are controlled by the Blackhawks, so we decide what we want to do with them.