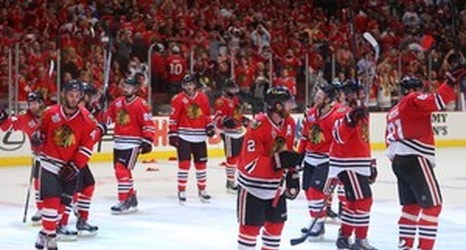 Brandon Saad scored 6:22 into the third period to give the Chicago Blackhawks a 2-1 win against the Tampa Bay Lightning in Game 4 of the Stanley Cup Final on Wednesday at the United Center.

Saad and Jonathan Toews scored for the Hawks, who evened the best-of-seven series 2-2.