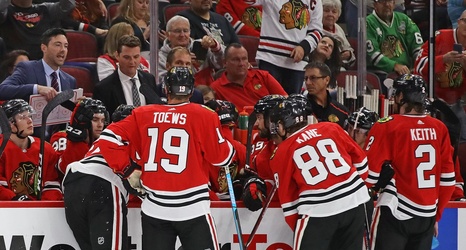 The Blackhawks won 3-2 in overtime over the Bruins in preseason. Chicago will not practice Sunday and doesn’t play another preseason game until Wednesday against the Capitals.